Rain, rain and more rain and cold temperatures. Everything is 3 weeks behind. There are fewer bumblebees than normal. The pieris japonica had few pollinators when it was blooming. 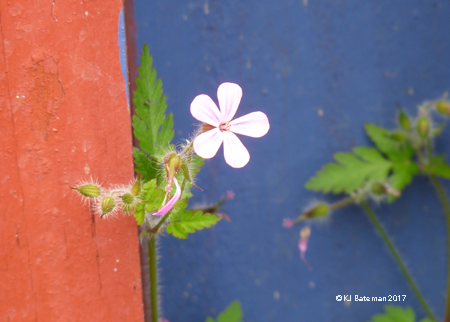 Herb Robert is everywhere, not a native but pollinators do like it. 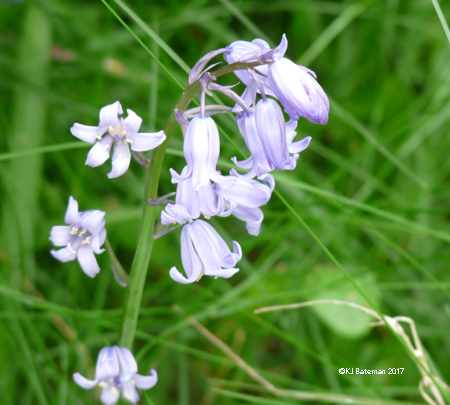 Bluebells are also not natives and are quite invasive but we let them be. 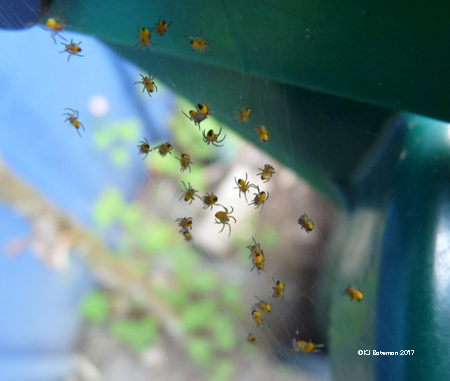 This year's baby spider nursery was on the compost bin. This created a dilemma: don't put out the bin for collection until the spiderlings move on or try to move them. I opted to move them. They scattered away from their new place, so I won't do that again. 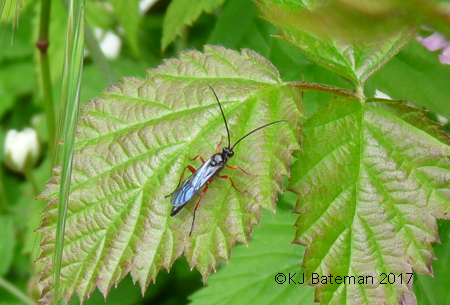 Identifying bugs is hard. The pictures in books  and the internet are sometimes close but rarely an exact match. This might be a kind of wasp. 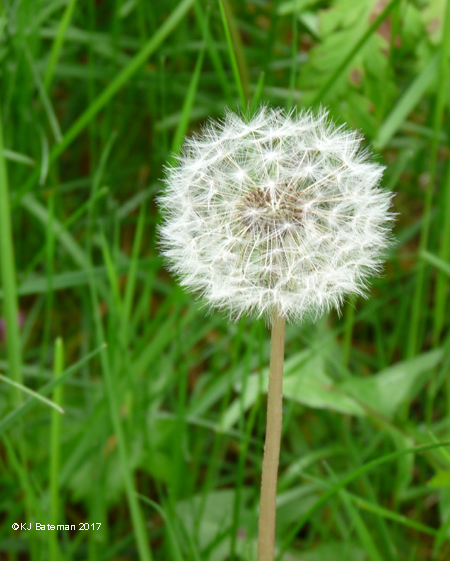 I feel fairly confident in declaring this a dandelion.

Posted by KJ Bateman at 8:49 PM No comments:

Most people will tell you they love spring here in the Pacific Northwest. Not me. It starts somewhere in February with flowering plum and daffodils and doesn't end until July 4th. This year it's late which should please me but for some reason doesn't. Because winter was long and wet, I am ready for warm and dry right now. I do not want to go out and garden in the rain.

But Nature isn't stopping for me. Plants like ribes sanguine, red-flowering currant, are blooming. I planted these natives in different areas of the yard over three years. And they've become an interesting study in how minor differences in environment can have big effects.

The two in the backyard are 10 feet apart. They receive the same amount of sun. One is in front of a large Douglas fir. The other is in front of the oceanspray. The one by the Douglas fir was from my first batch and the only one of that year to survive, so it bloomed first and was much bigger than the others.

Last summer this big currant felt the long dry season. Its leaves curled and browned by August. The leaves dropped before the end of September. The other? Leaves stayed green until winter and held on until January.

This year the younger plant continues to outperform. Its flowers are open while the other is still in bud. Perhaps the fir tree's bit more closeness robs the currant of water. I may have to break down and water it this summer.

Several years ago I was surprised by bees in my office window. It's screened and I could not figure out where they were coming from. The window is a vinyl slider. There is a space at the bottom corner corners where the sliding channel ends. The bees emerged from that space.

But how did they get in there? Looking on the outside I saw two holes at each end of the window. Mud plugged one hole. Evidently, the mason bee had layed her eggs in the hole the previous summer and plastered it up.

Rather than exiting that way, the newly-hatched bees followed the light into the room where they actively buzzed up and down the window. Because they only stayed at the window, I thought they weren't quite ready to fly and fed them honey water.

A little internet research revealed that they were mason bees and take off as soon as they emerge. They were just trying to fly up to the sky. I grabbed my cameratook them outside and set up to take pictures. They flew off as soon as I opened the jar lid.

Bees hatched the next year but not the following year. Or so I thought. They were one room over in the bedroom window. I released them as soon as they emerged. The year after that the new little bees were sluggish and covered in orange dust.

Mason bee nest holes are prone to mites, which is why, if you are providing nest sites you either discard or disinfect after the bees hatch. (As you might guess, this is why I don't provide nest sites.) Last year's brood also had mites.

At the beginning of March, I cleaned out the cobwebs and started checking the window. March 16th brought Bee #1, unfortunately covered in spider web. The little spider legs  poked out of the opening where the bees come out. Maybe the bee was bitten or just couldn't get all the web off. It died.

The Bee #2 actually flew around the sunny widow. It was not as excited when I took it outside. Shocked by the cold, perhaps. I left it there because the temperature is not going to rise any time soon. It was gone when I came back. I hope it makes it.

Bee #3-Today's bee was walking around this morning, but now looks to have died.
Other creatures live in the channel, like the spider who is either biting or just entrapping the little bees. The window obviously has mites that are not killed by cold weather. Something I don't want to think too closely about as it is right over my bed.

This is the thing about Nature. Bad things happen. Many die, but some fly off into the light.

Posted by KJ Bateman at 7:30 AM No comments: